“A little bird told me” is a widely used and understood phase in many languages including Spanish.

In Spanish, when we want to say something without saying who told us about it, we can say:

Ex.: Un pajarito me contó / Me contó un pajarito que Estela tiene novio  ( A little bird told me that Estela has a boyfriend).

At the picture, the little bird defends itself: I never told anything ;). 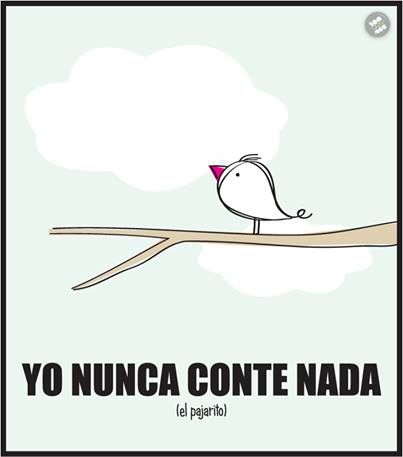 Our School in Buenos Aires